Mossadek also is trying to establish himself at the number seven position.

Bangladesh have been on a continuous ascent given their ICC Cricket World Cup 2019 performance is anything to go by, but they are yet to win any series in Sri Lanka, something that allrounder Mossadek Hossain believes may be put to rest in the upcoming three-match ODI series in Colombo.

The Mashrafe Mortaza-led side will take on Sri Lanka in the island country in three ODIs, which will be played on July 26, July 28 and July 31 at the R Premadasa stadium in Colombo.”I think we are favourites against Sri Lanka,” Mossadek was quoted as saying in Cricbuzz on Thursday.

Mossadek said that the absence of star allrounder Shakib Al Hasan, who finished the World Cup with 606 runs and 11 wickets, will give him the platform to cement his place as an allrounder. Mahmudullah too will not be able to bowl too much given his recurring shoulder injury. (ALSO READ: Shakib Al Hasan, Liton Das rested for Sri Lanka series; Mashrafe Mortaza to lead)

“I did not think like that (Mahmudullah’s absence in bowling) will help me ahead because since I debuted in ODIs, I had to bowl almost in every match. Even when Riyad (Mahmudullah) bhai was regular in bowling, I had to bowl five-six overs in every match. It is true that his (Mahmudullah’s) absence in bowling on a regular basis though I always consider myself to be a batting all-rounder. If I think that way, I’m getting more chance as a bowler and I will be ahead more as an all-rounder.

“Look, Shakib bhai won’t be with us in the Sri Lanka series. That’s why more opportunities may come in the bowling department. I may have to come in bowling early. Or I may have to bowl more overs than usual. Of course, I am prepared for that opportunity if I have to bowl more overs. I have a plan regarding that. I am focusing on every bit of opportunity that I will get. I am not thinking anything besides that,” he said. (ALSO READ: After a disappointing campaign, Bangladesh sack coach Steve Rhodes)

Mossadek also is trying to establish himself at the number seven position. “I think I will have to bat in the Sri Lanka series at the same position where I batted throughout the World Cup and series before that because of team combination. I think I am set in that position, I am not thinking anything but that actually,” said Mossadek.

“Actually, before the World Cup and also during the Premier League I was totally focusing on improving my strike rate. So, when I will go on to bat I may face the same type of situation. If the situation is bad then I have to bat well and propel my team forward. So, I am working on that.” 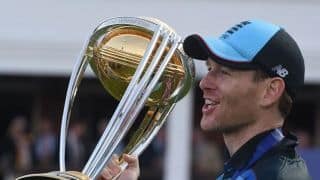 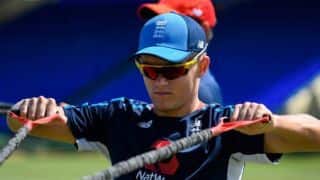