In Galle, New Zealand had lost wickets in a cluster in both innings.

New Zealand trail 0-1 against Sri Lanka after going down in the first Test by six wickets, and what it’s done is that it’s put the visitors in danger of losing their No. 2 position on the ICC Test rankings for team. The second Test starts on Thursday and the key avoid to repeat what transpired in Galle, as per wicketkeeper batsman BJ Watling is for New Zealand to avoid losing wickets in a cluster.

READ: Shades of 2012 for New Zealand in must-win situation in Colombo

The same pattern hurt New Zealand in the first Test. In the first innings, Ross Taylor and Henry Nicholls had added 100 runs from 71/3 before Suranga Lakmal ran through the lower order to dismiss them for 249. In the second innings, New Zealand were dealt early blows with Dhananjaya de Silva and Lasith Embuldeniya reducing the opponents to 98/5. It was from there that lower-order resistance lifted New Zealand to 285.

“We just lost some key phases of that game,” Watling said. “We know it’s tough to play in subcontinent conditions. Things can take a while to happen, but then all of a sudden you get those bang-bang wickets. It’s the same when we’re batting – you can lose wickets in clumps.

“For me it’s about taking it that little bit deeper. We had a few good starts in that first innings, and we probably should have scored 350 on that surface. We just let Sri Lanka back in the game through those periods. We did that throughout the Test match, which cost us. So those are the sorts of things we’ll be looking to rectify.

And while the New Zealand batsmen failed to rally, Sri Lanka, in their second innings put up a game-changing partnership – a stand of 161 between openers Dimuth Karunaratne and Lahiru Thirimanne, which served the backbone of their six-wicket win as they chased down 268 to take a 1-0 lead. It was an effort that took quite some getting considering how Aijaz Patel’s five had restricted New Zealand’s first-innings lead to just 18.

“We have to give a lot of credit to Sri Lanka’s batsmen – especially that opening partnership. They took it deep enough to win that Test match. Hopefully in this Test we can look to make some more inroads through that top order and hopefully put that middle order under more pressure.”

Sri Lanka and New Zealand will now play the second and final Test at Colombo’s P Sara Oval from Thursday, with Williamson’s team needing a win to avert a series loss. Seven years ago, New Zealand were beaten by 10 wickets in Galle and arrived at the P Sara Oval in similar scenes and then clinched a famous win. Williamson and Taylor had struck centuries back then and their 262-run partnership was what turned the game on its head. Will history repeat itself?

“We have some fond memories from last time, and we’ve talked about that game a little bit,” Watling said. “The boys like to talk about their wickets and there were few stunning catches from memory as well. Having good memories is always good, but that’s a long time ago now. It’s completely different teams and situations. We need to be switched on.” 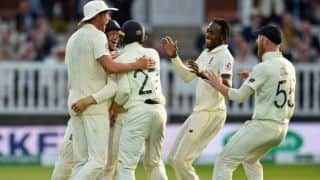 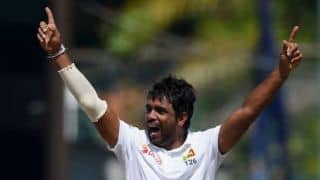