Boult got to the milestone in his 64th Test, 11 matches more than Richard Hadlee needed.

Trent Boult has reached the milestone of 250 wickets in Test cricket, getting there on day two of the second Test against Sri Lanka in Colombo.

The left-arm pace bowler entered the match at the P Sara Oval on 249 wickets, and got his 250th with a short ball to Angelo Mathews who gloved it down the legside to wicketkeeper BJ Watling.

This left Sri Lanka 93/3 early on Friday, after another delayed start on account of overnight rain. In the same over, Boult picked up the new batsman Kusal Perera lbw with a sharp inswinger that the batsmen shouldered arms to.

Boult got to the landmark in his 64th Test match, which makes him the second-fastest New Zealander bowler to do so. All-time great Sir Richard Hadlee took his 250th wicket in his 53rd Test, back in 1985.

Boult, 30, is the third New Zealander to get to 250 wickets in Tests. Hadlee, with 431 wickets, is New Zealand’s leading bowler in Test cricket followed by former skipper Daniel Vettori who claimed 361 from 112 Tests.

Seven years ago, New Zealand were beaten by 10 wickets in Galle and arrived at the P Sara Oval in similar scenes and then clinched a famous win. Will history repeat itself? 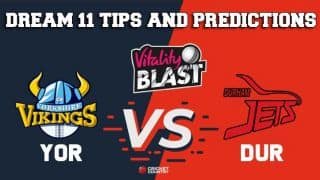