Nandika Dissanayake was arrested over a $5.5 million fraud involving the sale of television rights for the ongoing Sri Lanka vs England series.

The chief financial officer of Sri Lanka Cricket (SLC), Nandika Dissanayake, was on Monday arrested by the country’s police over a $5.5 million fraud involving the sale of television rights for the ongoing home series between Sri Lanka and England.

Police spokesperson Ruwan Gunasekera said that Dissanayake was taken into custody as the main suspect in the bank fraud after SLC’s chief executive lodged a complaint over financial fraud.

“The complaint says the SLC’s television rights have been going to Sony since 2013. At the last South African tour, this main suspect asked Sony to deposit 15 per cent of the television rights fees to a private account in America,” said Gunasekera. “We will take the suspect before a magistrate tomorrow and carry out further investigations.”

“Sony became suspicious when this suspect informed it (of the requirement) for a deposit of 50 per cent of television rights fees from an ongoing England tour and it informed Sri Lanka cricket,” said Gunasekera.

SLC is currently auditing its accounts following the discovery of the fraud.

The news of Dissanayake’s arrest comes a week after former Sri Lanka captain and national selector Sanath Jayasuriya was charged by the ICC for breaching two counts of its anti-corruption code. SLC is under investigation for ‘serious allegations of corruption’ by the ICC, with Alex Marshall, general manager of the governing body’s Anti-Corruption Unit, confirmed the investigation in a statement last week. 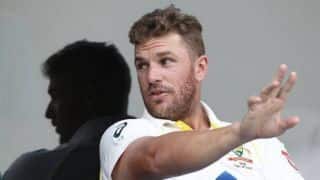