Queenstown: In a perfect amalgam of two of India’s greatest passions — cinema and cricket — Bollywood actor Sidharth Malhotra set off on a thrilling jetboating experience with former New Zealand cricketers Stephen Fleming, Simon Doull and Scott Styris at the Skippers Canyon here on Thursday. They enjoyed a speedy ride through the narrowest canyons on the Shotover River, soaking in the breathtaking scenery just 30 minutes away from Queenstown. It was a sunny day, and perfect for the zip and zoom adventure at the Skippers Canyon, which is said to have been formed by glacial activity approximately 25,000 years ago.

Sidharth has been having the time of his life in New Zealand, especially in Queenstown, where he went on an adventure spree. After skydiving from 15,000 ft, he had a whirlwind of a trip by rising to 6,000 ft in a hot air balloon, soaking in panoramic views of the beauty that Queenstown is; and then went jetboating. “For the last two days, I was experiencing some fantastic adventure activities in Queenstown. I will be experiencing more of the local Maori culture for the next couple of days. I’m just enjoying every bit of my New Zealand adventure,” Sidharth told IANS here. ALSO READ: Brendon McCullum: Chris Cairns approach me for match-fixing

The trio of former cricketers also seemed at ease during the jetboat experience and seemed to gel well with Sidharth, who has been appointed as tourism ambassador of New Zealand in India. Doull even tweeted: “Thanks so much @PureNewZealand for a great day & half in Queenstown. Awesome time @scottbstyris @S1dharthM @SPFleming7.”

Thanks so much @PureNewZealand for a great day & half in Queenstown. Awesome time @scottbstyris @S1dharthM @SPFleming7. Pics to follow.

During his ongoing eight-day trip, Sidharth has been eager to explore more of New Zealand and to immerse himself n the culture. While he has described the skydive from 15,000 ft the highlight of his trip, he found the hot air balloon ride soothing and surreal. He could see pristine views of Queenstown where “The Hobbit” was shot. He even saw the snow-capped Southern Alps and Lake Wakatipu. Sidharth found the experience more interesting because he even got an opportunity to help in inflating the hot air balloon — a first-time experience for him. ALSO READ: Lou Vincent admits Daryl Tuffey threatened to kill Chris Cairns after not being paid

What was more interesting was that during this activity, he hardly spoke to anyone — indicating that he was truly loving it! Yet another activity saw Sidharth unwinding and relaxing at the Onsen Hot Pools, where a retractable window opens up to a lovely view. He loved the combination of a hot pool, spectacular views, the pure water, and fresh mountain air.

Now, he’s kicked about exploring the country even more. 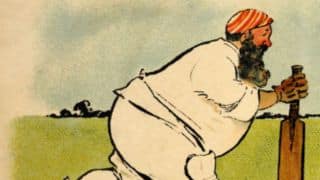 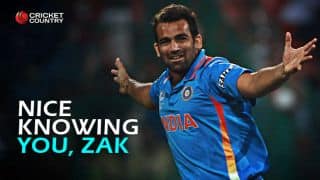