Stephen Harmison, the former England paceman who has failed to make a single First-Class appearance in Durham's title-winning year, announced his retirement on Sunday. 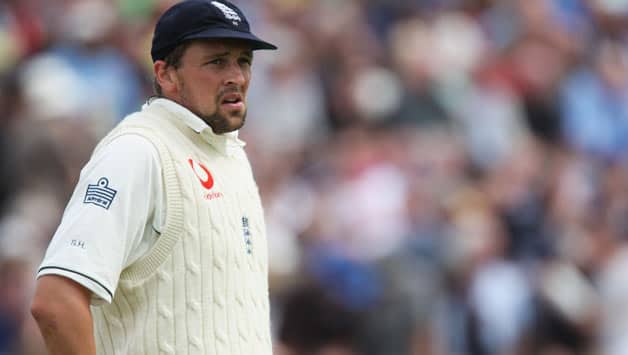 Stephen Harmison, the former England paceman who has failed to make a single First-Class appearance in Durham’s title-winning year, announced his retirement on Sunday.

The 34-year-old, who took 226 Test wickets for his country, told regional newspaper Sunday Sun that he had “known for a while” that he would be calling it a day at the end of the 2013 season.

“Today I am announcing my retirement from professional cricket,” Harmison said.

“I was hoping to go out on a high in my benefit year but my body has not allowed me to, and I have not made a single first-team appearance. With my contract up at the end of the season, I have known for a while I would be calling it a day.”

Harmison’s retirement follows on from that of Matthew Hoggard last month, meaning all four of England’s feared pace attack from the 2005 Ashes have now called time on their careers to some extent.

Simon Jones is to remain as a Twenty20 specialist, while Andrew Flintoff retired in 2010.

It was while in an England shirt and specifically while bowling with the likes of Flintoff and Hoggard that Harmison made his name.

His brilliant seven for 12 in the West Indies in 2004 marked him out as one of the most feared fast bowlers on the planet, and he carried his form through to England’s memorable win over Australia a year later.

Harmison made his Durham debut in 1996 and has been a one-county man short of a loan spell with Yorkshire when his body had started to fail him.

While Harmison is proud of his work with Durham, the wider cricketing community will associate him with one of England’s golden periods, during which he reached the top of the Test bowling rankings.

“I had plenty of highlights in an England career that spanned nine years, during which time I became the world’s top-ranked Test bowler,” he added.

“But my thoughts always come back to Durham. The picture which gives me the most pleasure was of me walking off the field at Canterbury on the day we won Durham’s first Championship. One hand, with its wrist broken, is clutching a stump, the other is around my brother Ben.

“A handful of people have won Championships with Durham, but we are the only brothers.”

Reon King: Fast, hungry and promising, but restricted to glimpses of brilliance