Australia 2017-18 Ashes campaign has been underway with a fruitful start, thanks to their convincing 10-wicket win in the opening Test at Brisbane.

Australia‘s campaign in the 2017-18 Ashes started with a 10-wicket win at The Gabba. Much of the credit goes to Steve Smith for his exquisite knock of an unbeaten 141. Following his heroics, many Australian greats such as Ricky Ponting and Allan Border said that Smith is well on his course to become one of the greatest Australian cricketers.

Steve Waugh, too, believes the same as he compared him to the likes of Sachin Tendulkar and Ponting, given his appetite for runs. FULL CRICKET SCORECARD: Australia vs England, Ashes 2017-18, 2nd Test at Adelaide (Day-Night)

“He’s almost going to rewrite the history books the way he is playing, 21 centuries in 57 Tests and he didn’t do so well in his first 10 or so. He’s got an insatiable appetite for runs, a bit like Sachin Tendulkar and Ponting. he great players just want to keep scoring runs, they love batting and that’s what he does well. He concentrates well, overcomes plans well and just when you think you’ve got him in a weak moment he’ll find a way out of it,” said Waugh to reporters in Sydney. 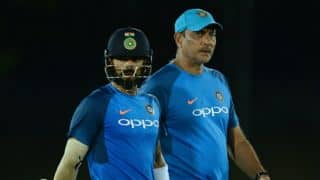 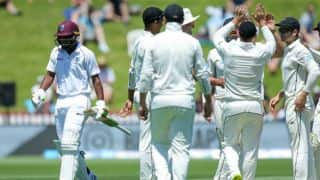