Sydney: Australia captain and batting supremo Steven Smith Thursday admitted it has been “a hell of a ride” from his Test debut as a leg-spinner to be named ICC cricketer of the year. The honour was bestowed on the 26-year-old late Wednesday after finishing the year, which runs from September to September, as the leading Test run-scorer with 1,734 from 25 innings, averaging 82.57. He also became the second youngest player to reach the number one ranking for Test batsmen behind Indian legend Sachin Tendulkar. “You don’t think about these awards and these accolades,” the dashing right-hander told the Cricket Australia website.

“You just want to go out there and do the best you can for your team to try and win as many games as possible. To be recognised as the best player this year against some unbelievable talent around the world, it’s very humbling and it’s an honour.”

Given his prolific recent output with the bat, it is easy to forget that he made his Test debut as a leg-spinner against Pakistan at Lord’s in 2010, batting well down the order.

“You have to pinch yourself sometimes -– it’s all a little bit surreal on occasions. Five years ago I wouldn’t have pictured myself in this position. It’s been one hell of a ride, the last five years,” Smith said.

Following his Test debut, Smith went back to state cricket for New South Wales and focused on improving his batting, “to try and find a game that can be adaptable and be successful at this level”.

“I said when I got another opportunity I wanted to make the most of it and I think I’ve done that,” he said after cementing his place in the Test team in 2013 as a batsman.

“Hopefully there’s a lot of improvement left in me.”

Smith was appointed Test captain after Clarke retired in August following the Ashes series in England, with his immediate focus on the second Test against the West Indies starting Saturday in Melbourne. LIVE CRICKET SCORECARD: Australia vs West Indies 2015-16, 2nd Test at Melbourne, Day 1 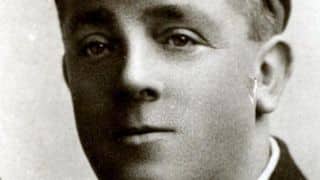