Smith, the world's number one Test batsman -- was sacked and sent home in disgrace after the third Test against South Africa and accepted a 12-month ban from all international and domestic cricket.

Los Angeles: Disgraced former Australia cricket captain Steve Smith appears poised to return to the game after being named Thursday among the marquee players for the inaugural Global T20 Canada event. Smith, the world’s number one Test batsman — was sacked and sent home in disgrace after the third Test against South Africa in March and accepted a 12-month ban from all international and domestic cricket by Cricket Australia for his role in the ball-tampering scandal that rocked cricket.

David Warner was also banned for 12 months and Cameron Bancroft was suspended for nine months. Smith, who was on a $1.9 million contract with Indian Premier League side Rajasthan Royals stepped down amid the scandal, but he could apparently receive the green light from Cricket Australia to play in the Canadian event.

The tournament will be held at Maple Leaf Cricket Club near Toronto from June 28-July 15 and feature six teams representing Toronto, Vancouver, Montreal, Edmonton and Winnipeg along with a Caribbean side. 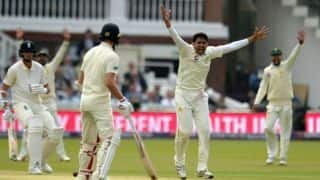 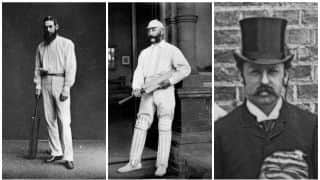