When Australia step out in Bengaluru to play the fourth ODI against India in the ongoing series, they will have extended their overseas ODI win drought to a year and one day.

When Australia step out in Bengaluru to play the fourth ODI against India in the ongoing series, they will have extended their overseas ODI win drought to a year and one day. And at the moment, things are looking so bleak for the visitors that the streak seem to only continue. The No.1 ODI side India will look to inflict a whitewash. Australia’s overseas defeats started in South Africa where they were whitewashed 0-5. They reclaimed the Chappell-Hadlee Trophy against New Zealand in Australia only to lose it when they toured them a few months later. The drought extended in Champions Trophy, and now the India tour has only added more miseries. ALSO READ: Plan was to target spinners: Hardik Pandya

Despite Aaron Finch’s century at Indore, Australia who looked set for a total close to 350, could manage 293 and faced a 5-wicket defeat. Finch shared a 154-run stand with skipper Steven Smith and things looked very good till the 38th over when the run rate was soaring in excess of 6 an over.

I probably thought our first probably 38 overs with the bat was very good, Smith said after the game. That was kind of the template we were trying to set. Two guys in the top four going on one guy to get a hundred obviously, and the others bat around. We just weren t able to execute it in the back end. I think that was probably we got 69 off last 74 balls lost 5 wickets. If we got to 330-340, which we probably should have done, things certainly could have been different.

It s been a bit of a trend for this format and the Test format as well. We re quite often getting ourselves into good positions and we re not taking advantage of those and today was no different. We continually address it and it s just hard to put the finger on exactly what it is we re doing or not doing to get the results we re after. It s a different format but I d certainly like to start winning some games of cricket in every format, to be honest. Our results haven t been good enough and we need to turn them around, he added.

Smith is amongst the best fielders in the world and from a personal point of view, his catching has let him down in the series. Smith put down Rohit Sharma in Chennai, Bhuvneshwar Kumar in Kolkata, and on Sunday, he dropped a crucial catch off Hardik Pandya who went on to belt a 72-ball 78. At that point of time, India needed 77 at almost 6 an over. It was a tough catch without a doubt, but considering Smith’s ability, he would nab those 9 out of 10 times.

At the moment, my catching hasn t been good enough. I think I ve dropped one in every game I have played so far [in this series]. I have been working hard, just might need to work a little bit harder to try and set the standard. It went in the air and was swirling a little bit, a fair bit of spin on the ball. I expect myself to take those chances. If I get my hands to the ball, I expect to catch them, Smith lamented

Smith praised Finch who slammed a 124 despite missing the first 2 matches. Finch was confident against the spin duo of Yuzvendra Chahal and Kuldeep Yadav the wrist spinners, the other Australians have found difficult again.

I thought he played really well today. It summed things up early, understood the pace of the wicket, played his big shots at the right time, made some good decision. We have been talking about it as a batting group, we ve been having a lot of those collapses in the middle overs. I thought the decisions he made throughout his innings were good. It was just a well-paced innings. It s nice to see him back, said Smith of his ODI specialist.

Australia will want to keep the momentum with them ahead of the Ashes, which is less than 2 months from now. They have 2 games to go in Bengaluru and Nagpur, and with the pressure of winning the series not there anymore, Australia would like to avoid a whitewash. However, Smith termed the Ashes a different format.

It s always hard when you lose. Particularly when you re down three-nil at the moment. We ve got to continue to try and motivate the players and get them up for the next two games. We ve got to start winning games of cricket. I think we ve lost 13 of the last 15 games we ve played away with two being no results. That s pretty ordinary. Not good enough for an Australian cricket. We need to start turning the results around and winning some games of cricket.

It s a different format [the Ashes] but I ll certainly like to start winning some games of cricket in every format to be honest. Our results haven t been good enough and we need to turn them around, Smith added.

The visitors, who drew a tough Test series in Bangladesh 1-1 before the latest one-day games, were undone by India’s wrist spinners with their batting faltering at crucial moments.

In these conditions you expect the Indian players to be the best… it’s a case of adapting your skills to suit the conditions here and it takes time. It’s difficult, because the conditions are so different from what we get in Australia, so that’s part of the adjustment. Obviously that’s something that you have got to do better and obviously with the Australian coaching team and with the staff around they will be doing that, Kasprowicz, a Cricket Australia member, added 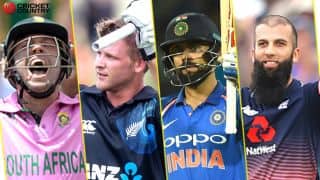 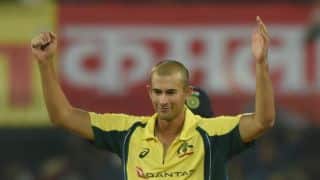