Steven Smith scored a double century in the third Ashes Test to secure a win for Australia as they went on to regain The Ashes. The Australian team has showed dominance in the series from the start. Smith s Test average is 62.32 being second in the list after the legend Don Bradman.

In a video posted by cricket.com.au on Twitter, Smith is seen playing Tennis with Canadian player Milos Raonic. Smith fails to take the first serve but does well with the second one.

He’s dominated bowling attacks around the world, but how does @stevesmith49 go against the rocket serve of @milosraonic on the court?! pic.twitter.com/MPlQcQcgT0

He s dominated bowling attacks around the world, but how does @stevesmith49 go against the rocket serve of @milosraonic on the court?!, tweeted cricket.com.au.

Smith’s fondness for tennis is well known. He has often attending matches of Australian Open and is a huge fan of Roger Federer.

The Boxing Day Ashes Test will start from December 26; Australia would like to whitewash England by winning the last two matches. Smith also registered 1000 runs this year and became second Australian player after Matthew Hayden to score 1000 runs in a calendar year on four consecutive occasions. 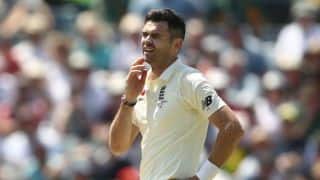