For much of the opening match it appeared the home side were a seam bowler light.

The West Indies left out spinner Sulieman Benn from their 14-man squad announced Saturday for the second Test against England in Grenada. The giant left-armer had disappointing match figures of two for 200 in the first Test of this three-match series which ended in a draw at the Sir Vivian Richards Stadium in Antigua on Friday. READ: Jason Holder century helps West Indies save 1st Test against England at Antigua

For much of the opening match it appeared the home side were a seam bowler light and the hosts have now called up paceman Shannon Gabriel, with Devendra Bishoo the only specialist spinner left in the squad. The series opener was notable for England spearhead James Anderson breaking all-round great Ian Botham’s national record of 383 Test wickets and a gutsy maiden hundred by West Indies rising star Jason Holder that salvaged a draw on the last day.

“We saw a really good display on the final day, which earned us a draw,” said West Indies coach Phil Simmons in a statement after his first major international in charge of the side. It was a tough situation, but Jason Holder played really well to get his first Test century and we also saw a courageous effort from the captain [Denesh Ramdin] and Kemar Roach at the end.”

The former West Indies batsman added, “We had some good moments in the first match and as a team we will look to improve when we play the second Test. We believe we can win, and we will play to win. We know the areas where we need to improve and what is required to win.” The second Test starts at the Grenada National Stadium on Tuesday. 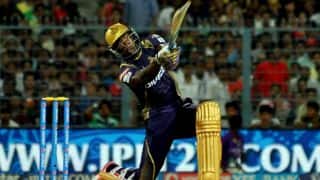 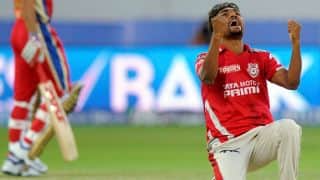