England vs India 2nd Test: Gavaskar blamed the staff for not helping them out. London: Former India cricketer Sunil Gavaskar, who knows how it feels to go through a lean patch in Test cricket, reacted on Cheteshwar Pujara and Ajinkya Rahane’s poor run recently on Friday during the second Test at Lord’s. Two senior cricketers – Pujara and Rahane – have not been in good form recently and while there are suggestions that they could be dropped, Gavaskar blamed the staff for not helping them out.

In the ongoing second Test, Pujara scored nine, while Rahane was dismissed for one. Gavaskar also reckoned they are low-profile players and they will not create a scene if they are dropped.

Gavaskar said on Sony Sports Network, “Rahane was the highest run-scorer for India at the WTC final with 49. So nobody else has scored runs in this period, to be honest, but questions have been asked only about two cricketers. They are low-profile cricketers. They are not going to rip their shirt off and create a scene (if they are dropped).”

“Just let Ajinkya Rahane play. Yes, if he does not score runs here there is cause for concern but that cause for concern has to be regarding his technical abilities, with Pujara as well. The way he has got out in Australia playing down the wrong, being beaten by the outswinger nothing has changed as far as that is concerned. So what is happening? Who is the one to take care of it? Not just with Pujara. There’s a staff there. If you are getting out in the same manner, then there is something wrong not just with your technique but also the guys who are supposed to help you,” Gavaskar added. 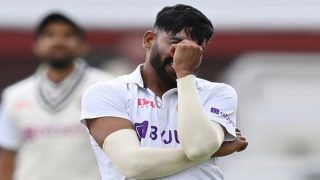 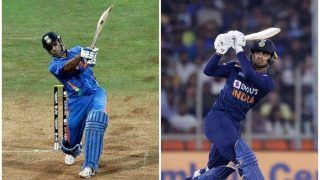 Ishan Kishan Reveals Something he Wants to do Like MS Dhoni!