Tahir, who will be part of South Africa s 15-man squad for the ICC World Cup 2019, will join Surrey immediately after the tournament.

South Africa veteran legspinner Imran Tahir has been signed up by Surrey for the entire duration of the Vitality T20 Blast, the club confirmed late Tuesday. With the signing, the club has completed it s second overseas spot after Australian batsman Aaron Finch was previously signed.

Tahir, who will be part of South Africa s 15-man squad for the ICC World Cup 2019, will join Surrey immediately after the tournament. Surrey kickoff this year s T20 Blast campaign against Essex on July 19.

“I’m always looking for new and exciting opportunities. That’s how I see the chance to play with one of the most talented playing groups in county cricket. When I heard Alec Stewart had asked after me, it was an easy decision. Surrey are a massive club and it will be great if I can contribute to helping them win another trophy this summer at the Kia Oval,” Tahir said.

The 40-year-old Tahir, who won the Purple Cap while playing in the Indian Premier League (IPL 2019) for Chennai Super Kings has been in top form. “Imran is a proven match winner and with his vast experience of international, county and franchise cricket, will be a huge asset to us,” Surrey Director of Cricket Alec Stewart said. 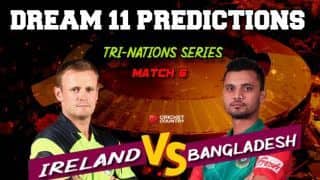 Dream11 Prediction: BAN vs IRE Team Best Players to Pick for Today’s Match between Bangladesh and Ireland at 3:15 PM 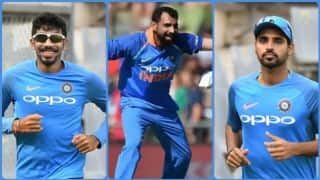