Himachal recorded their first win which took them to the third spot, while Meghalaya are a rung above Bihar at fifth spot after losing their second game on the trot.

Captain Ankush Bains belligerent 68 off 36 coupled with Prashant Chopra s menacing 53 off 41 helped Himachal Pradesh to a thumping 65-run win over Meghalaya in a Group B Round 2 match of the Syed Mushtaq Ali 2019 tournament on Friday.

Himachal recorded their first win which took them to the third spot, while Meghalaya are a rung above Bihar at fifth spot after losing their second game on the trot. (ALSO READ: Shalabh Shrivastava s 49* powers Vidarbha to second consecutive win)

Put into bat, Himachal were off to a flier as openers Bains and Chopra combined to add 92 runs. Bains led from the front as he tonked seven boundaries and four hits over the fence to add 68 in not time. He fell to Neetesh Sharma on the last ball of the 10th over.

Chopra then received good support from Ekant Sen as the duo added 52 for the next wicket to ensure the run-rate does not dip. The imperious partnership was broken by Aakash Choudhary after Chopra lobbed one straight at the bowler to depart for 53, his innings laced with three boundaries and as many sixes.

Sen (44 off 22), Nitin Sharma (19 off 12) and Ankit Kaushik (14* off 6) laid the finishing touches to the innings as Himachal set Meghalaya an imposing 208-run target. (ALSO READ: Uttarakhand beat Baroda for second straight win)

In reply, Meghalaya succumbed under scoreboard pressure and could manage to reach 142/6 in 20 overs. Ankit Maini was the pick of the bowlers with three for 24 in his four overs, while Mayank Dagar added two in his four overs going for just 16 runs.

Gurinder Singh s enterprising 49* that came in 34 deliveries, which included four boundaries and three sixes went in vain as he received no support from the other end despite Yogesh Nagar (44 off 40) providing a good start. 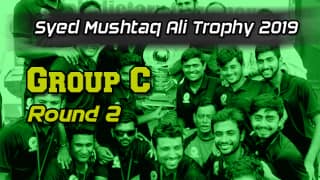 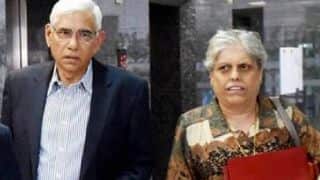