Defending 161 against a star-studded batting line-up, Chahar ran through the top-order in an astonishing first spell of 3-0-9-4 as Karnataka folded for 138 in 20 overs, their second successive defeat that virtually ended hopes of making the final.

In the second match of the day at the Jadavpur University second campus ground, Dhruv Shorey (84 from 46 balls; 7×4, 4×6) hit a second successive fifty but it went in vain as Delhi went down to Bengal by three runs in a thrilling finish.

But Sayan Ghosh (3/24) dismissed both of them in space of five balls to derail Delhi. Virtually out of the final reckoning, this was Bengal’s first win of the Super League stage from three matches.

Chahar dismissed R Samarth (6) and Abhimanyu Mithun (0) off successive balls in the fourth over and in the sixth over he was on a hattrick again with wickets of CM Gautam (2) and Stuart Binny (0).

Amid the ruins, Aniruddha Joshi waged a lone battle with a 45-ball 73 not out as he along with K Gowtham (13) only got to double-digit scores in a disappointing run-chase.

With four days to the Indian Premier League auction, the former Rising Pune Supergiants pacer could not have timed his performance better.

“This was crucial before the auction… The franchises are smarter now, they focus more on this T20 event before recruiting Indian players. I will look to keep performing whenever an opportunity comes my way,” Chahar said.

Having lost to Punjab in the Super Over in their last outing, Karnataka opted to field as Rajasthan added 47 for the first wicket with Aditya Garhwal making 31 and Ankit Lamba coming up with a calculated 58 from 47 balls.

Lamba put together 67 for the second wicket with Salman Khan (20) but Rajasthan struggled to get going in the death as Sreenath Arvind (3/25) and Vinay Kumar (2/29) were instrumental in keeping Rajasthan down to a modest 160/8.

It was soon evident that Karnataka wouldn t have it easy as Lamba got rid of Karun Nair off the fifth ball of the opening over. 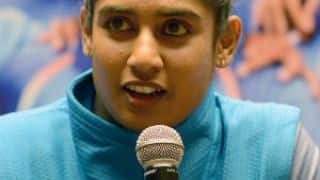 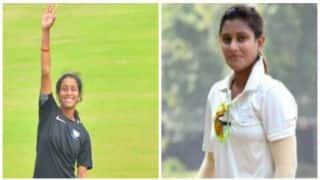