The Super League of the Syed Mushtaq Ali Trophy will miss a host of big name players.

The inter zonal round of the Syed Mushtaq Ali Trophy T20 tournament commences tomorrow at Rajkot and Mumbai sans big names who are to start preparations with their respective teams for the Indian Premier League (IPL) starting on April 16 in the UAE.

Group A games featuring Haryana, Goa, Jharkhand, Gujarat and Uttar Pradesh would be held at Rajkot while Group B matches involving Delhi, Baroda, Kerala, Bengal and Rajasthan are to be held in two centres.

The opening game at the BKC ground would see Bengal take on Baroda sans the Pathan brothers — Irfan and Yusuf — while Delhi, who will be without big guns Virender Sehwag and Gautam Gambhir, clash with Kerala who will be without their IPL stars Sanju Samson, P Parameswaran and Sandeep Warrier.

Ashoke Dinda, who hurt his left shoulder while fielding during the match against Orissa in the zonal phase, has been sent for precautionary MRI scan.

Bengal coach Ashok Malhotra said that the absence of key players would give an opportunity to others.

“We are missing a few players but this gives opportunity for youngsters. I have been impressed by 2-3 players and hope they do well,” said the former India batsman.

Kerala, who is coached by former India and Mumbai stumper Chandrakant Pandit in this tournament, qualified after losing the first two games.

Pandit sounded wary about taking on what he assumes would be a new-look squad from the north powerhouse.

“We don’t know the team members and it’s difficult to strategise without knowing them,” he said after Kerala had a net session at the Wankhede Stadium.

Delhi is to be led by Puneet Bisht with Yogesh Nagar named as his deputy.

Baroda’s India under-19 spinner Deepak Hooda will be available for the first two games before he would be replaced by Utkarsh Patel in the squad to be captained by Aditya Waghmode. 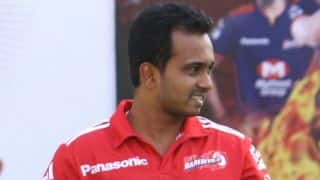 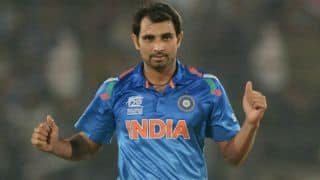