Since he quit international cricket in 2014, Ingram has played leagues around the globe.

The former South Africa batsman Colin Ingram – who in 2014 signed a Kolpak deal with English county side Glamorgan – maintains that he has no regrets quitting international cricket, though there are times when the thought of representing his country at the World Cup do strike him.

Ingram, who played 31 ODIs and nine T20Is for South Africa, stands by his decision to sign with Glamorgan, which has allowed him to become a Twenty20 specialist across the globe. (READ: Darren Lehman announced as coach of Brisbane Heat)

“There is a small part of me that would have loved to represent my country in the World Cup,” said Ingram, who on Wednesday extended his contract with Glamorgan by two years. “As a kid, you grow up dreaming about such an opportunity, but I am also realistic as playing in T20 leagues provides for my family.

“It also presents newer and testing challenges for me and is a great opportunity to mix with other people and travel the world. I think I have moved on and I don’t have any regrets. I try and come into these T20 competitions and do the best I can and for me, this is my version of international cricket and that’s the way I take it.”

Since he quit South Africa in 2014, Ingram has played franchise cricket in England and South Africa as well as at the IPL, Australia’s Big Bash League, the Caribbean Premier League, the Afghanistan Premier League and the Pakistan Super League. In December, he was purchased by IPL franchise Delhi Capitals – previously the Delhi Daredevils – for Rs 6.4 crore to become the second-most expensive overseas buy. 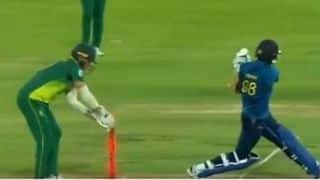 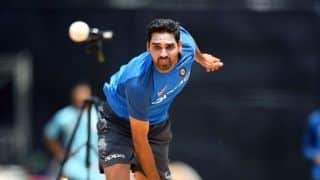