Karachi: Their campaign over after being beaten and bruised in the World T20 2016, members of the Pakistan cricket team will start returning back home via Dubai tonight with anger growing over their disappointing performances in the mega-event. Head coach Waqar Younis is also due to return to Lahore and hold meetings with the cricket board high-ups before any decision is taken on whether to extend his two-year coaching contract which is due to end in May. “The players and officials could face a angry reception on their return home to Lahore and Karachi but I think they should be prepared for this given the way they have been performing since last year,” former Test batsman Basit Ali said. FULL CRICKET SCORECARD: Pakistan vs Australia, Match 26, Super 10 stage, ICC World T20 2016 at Mohali

Skipper Shahid Afridi has already said he is not fit to captain the side anymore but has created uncertainty about his future by stating that he wants to carry on but will take a decision on returning home in a few days time. “How much more time does he require to take a decision. I think he failed as a captain and also as a player. I think we need some new faces in the team and Afridi should retire,” former Test pacer and critic, Sikander Bakht said.

Afridi, a veteran of 19 years in international cricket, had said last year he would retire after the World T20 but now appears to have changed his mind about playing on. “It would be best for Shahid to announce his retirement as no one in the board is in the mood to see him carrying on even as a player. He got his chances to earn glory as captain and player and he copped it so he must now see the writing on the wall,” an official, who didn’t want to be named, told PTI. READ: Pakistan greats demand overhaul in squad following T20 World Cup 2016 exit

Afridi’s captaincy and own form and Waqar’s coaching tactics have come under fire since Pakistan lost to India in the World T20 and former great Wasim Akram went as far as to say that had he been coach he would have relinquished his position by now. Pakistan’s former Test captain, Javed Miandad said Shahid had served Pakistan cricket for many years but it was time he retired and was replaced even as a player. He also demanded that the process of accountability before the team needs to start in the board.

“I would think the Chairman Shaharyar Khan is overall responsible for everything and he should step down first than we can talk about other changes,” Miandad said. Pakistan’s former Test captain, Rashid Latif also felt that there was talent in the country and team but it was not being handled properly. “I got a feeling that Waqar remained unclear and couldn’t take strong decisions which is why he is now struggling to explain the team’s poor showings,” Latif said. .

Pakistan’s former Test captain, Muhammad Yousuf said he would appeal to the Prime Minister to look into the cricket affairs and set things right. “The first thing to be done is to put things right in the cricket board and get the right people for the job to run cricket affairs. Team changes can come later,” he said. But the minister for inter-provincial coordination which looks after sports in Pakistan, Riaz Pirzada said that people must accept victory and defeat. “What do people want us to do hang these players. It doesn’t happen that way sometimes you perform well sometimes badly. We will find out from the board what went wrong but these players are heroes and should be given respect,” he added. 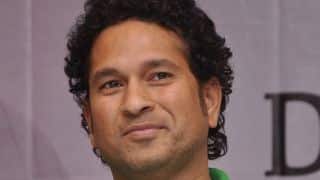