During the course of applauds and praises, Shamsi probably made the best hilarious tweet over Nair's emphatic knock.

December 19, 2016 will always be remembered as the day when India’s Karun Nair scripted history by converting his maiden Test ton into triple century. Nair, who failed to make any impact in his first two Tests in the ongoing series against England, bounced back excellently in the fifth game at MA Chidambaram Stadium, Chepauk, Chennai with his triple hundred. Nair began his batting on Day Four of the match at 71 and completed his hundred in the morning session, and then double hundred and triple hundred in the final session of the same day. It was a knock which probably overshadowed the buzz of thrilling contest between Australia and Pakistan at The Gabba.

The entire cricket fraternity went on full praise for the 25-year old Indian batsman. Not only cricketers but the nation’s Prime Minister Narendra Modi also applauded for Nair’s historic knock and tweeted, “Congratulations on the historic triple century @karun126! We all are delighted & proud of your remarkable feat.” Virender Sehwag, who is the first triple centurion from India welcomed this young lad in the elite club of 300 in his own witty style by writing, “It was very lonely here for the last 12 years 8 months. Wish you the very best Karun.Maza aa gaya!” During this course of applauds and praises, South African cricketer Tabraiz Shamsi probably made the best hilarious tweet over Nair’s emphatic knock by blaming the Indian player for not being able to buy milk, which he was asked by his mother.

Sorry mom I didn’t go and buy the milk yet…. was glued to the screen watching Karun Nair get to his 300#IndiaVSEng#TestCricket#Special

After hitting unbeaten 303, Nair was busy in replying many of his known friends and cricketers across the globe on Twitter but missed to do that for Shamsi. Later, the South African chinaman bowler credited Indian skipper Virat Kohli for letting Nair score his maiden triple ton to boost his confidence.

Also massive kudos to @imVkohli for allowing Karun Nair to chase that special triple century 2 mentally grow him as a player!#GunLeader

Nair broke plethora of records with his knock and ensured that India gets another class batsman in Tests. Once Ajinkya Rahane is fit, Kohli will have a happy selection dilemma. 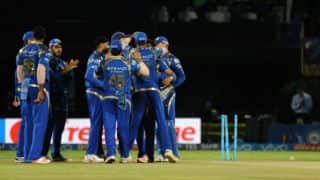 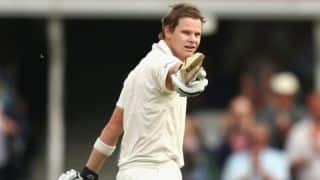