Islam is one of the six players in Bangladesh's World Cup squad who made their debut in 2014.

Bangladeshi left arm spinner Taijul Islam was struck on his bowling arm while batting in the nets here Monday. He was immediately rushed to a hospital for treatment.

According to team manger Khaled Mahmud, the reports did not show anything serious. “Taijul hurt his wrist while facing Shafiul Islam in the nets. The X-ray did not reveal any injury and he is expected to join training tomorrow as per schedule,” Mahmud was quoted as saying by The Daily Star.

Islam is one of the six players in Bangladesh’s ICC World Cup 2015 squad who made their debut in 2014. The side has been plagued with injuries in recent times, most notably the injury to their premier batsman Tamim Iqbal, who is still recovering from a surgery on his left knee. 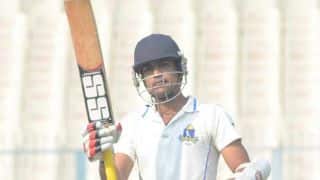