According to reports, right-arm pacer Taskin Ahmed and left-arm spinner Arafat Sunny were both reported during the ICC T20 World Cup 2016 match between Bangladesh and Netherlands.

Bangladesh could have suffered a major setback in ICC World T20 2016 after two of their bowlers were reported for suspect bowling actions. According to reports, right-arm pacer Taskin Ahmed and left-arm spinner Arafat Sunny were both reported during the ICC T20 World Cup 2016 match between Bangladesh and Netherlands. However, there is no confirmation received as yet for the same. If the reports are true it could be disastrous to Bangladesh’s campaign, especially given that there are still question marks on the fitness of star left-arm pace bowler Mustafizur Rahman. FULL CRICKET SCORECARD: Bangladesh vs Netherlands, 3rd T20 Match, Group A

According to a report in The Daily Star, “Even though no official confirmation was available as none of the Bangladesh team officials agreed to make any comments regarding this issue, the news in the air last night was that both the bowlers had invoked suspicion of the umpires during the match, which Bangladesh won by eight runs. Sundaram Ravi of India and Rod Tucker of Australia were the two on-field umpires officiating in this match.” READ: Bangladesh ease to victory by 8 runs against Netherlands in Match 3 of ICC World T20 2016

As reported by IANS, Bangladesh skipper Mashrafe Mortaza said after the match, “The situation today was much different from what we had thought it would be. We have been able to overcome that. “We thought the wicket will be fast and bouncy. But it was slow. It was very difficult to play shots. I hope we will be able to play the next match with more confidence.” Bangladesh’s next match will be against Ireland on Friday. 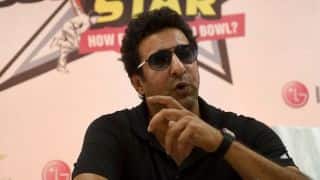