The Deodhar Trophy 2018-19 tournament began in less than a week after the Vijay Hazare Trophy ended on October 20.

The Board of Control for Cricket in India (BCCI) has come under harsh criticism from state associations for an improperly planned domestic calendar. The Vijay Hazare Trophy 2018-19 season which began on September 19 concluded on October 20 with Mumbai walking away with the title after 12 years.

The Deodhar Trophy 2018-19 tournament, the next List A event, began in less than a week, and concludes on October 27 at the Feroz Shah Kotla in New Delhi which gives players less than four days to recover before the Ranji Trophy 2018-19 season begins on November 1.

Consider Mumbai for example. As many as five players Prithvi Shaw, Shreyas Iyer, Ajinkya Rahane, Dhawal Kulkarni and Suryakumar Yadav are part of the ongoing Deodhar Trophy and have no clue about the 15-man squad for the Ranji Trophy.

First of all, we want to understand, who has chalked out this year s domestic scheduling. Is it the BCCI s operations team? Because we re given to understand that the Board hasn t done it. But who do we ask? a state association president was quoted as saying in a report in the Times of India on Wednesday.

Did they consider that Vijay Hazare tournament has close to 160 matches already so Deodhar wouldn t mean much? BCCI member associations said.

Reportedly, the schedule has not got down well with Mumbai coach Vinayak Samant, who is also left without another four to five cricketers from the set-up, currently involved in local tournaments.

Are the selectors going to watch Prithvi Shaw in Deodhar and decide if he s going to go to Australia to play the onedayers? There s absolute intellectual bankruptcy here, just in case nobody s noticing, a source said. 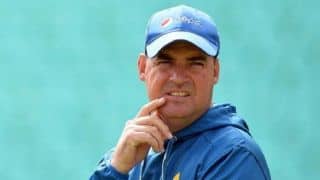