Sachin Tendulkar's 100 international centuries is a bigger feat than Sir Donald Bradman's Test average of 99.94 and compares favourably with football legend Pele's 1,281 goals, feels the bowler who was at the receiving end when the iconic Indian cricketer got to his first ton. 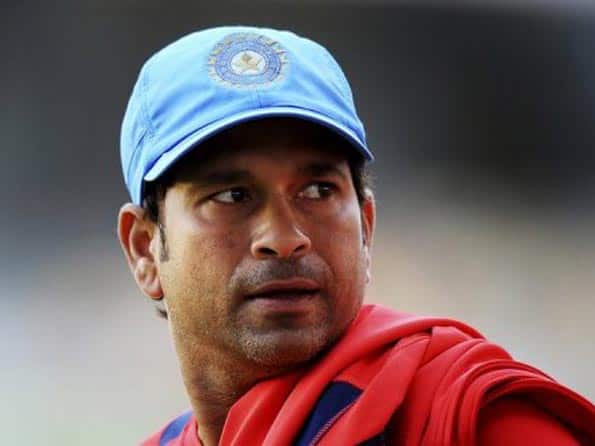 Sachin Tendulkar’s 100 international centuries is a bigger feat than Sir Donald Bradman’s Test average of 99.94 and compares favourably with football legend Pele’s 1,281 goals, feels the bowler who was at the receiving end when the iconic Indian cricketer got to his first ton.

England’s Angus Fraser, a columnist with The Independent now, was the bowler against whom Tendulkar got to his first hundred.

“Completing 100 hundreds has to be a greater feat than that of the late, great Sir Donald Bradman, whose Test batting average was an incredible 99.94, and it compares favourably with the 1,281 goals Pele scored in his football career or the five Olympic rowing gold medals won by Sir Steve Redgrave,” he wrote.

Fraser said it was clear even at that time that Tendulkar was a special talent.

“As the bowler who bowled the ball that conceded the runs to allow Sachin Tendulkar to post his first international hundred, back in 1990, it was extremely satisfying for me to learn that the ‘Little Master’ had yesterday become the first player in the history of cricket to score 100 international hundreds,” he said.

“Reaching the ultimate batting record has been some time coming, 34 innings to be precise, but nobody involved in the game of cricket will begrudge Tendulkar this special and remarkable moment of triumph.”

“It is difficult to quantify the size of the feats Tendulkar has completed in his stellar career. Friday’s hundred was his 49th in one-day international cricket and when added to the 51 three-figure scores he has compiled in Test cricket you have an achievement as great as any in cricket’s rich and colourful history.”

“Tendulkar’s brilliance runs far deeper than the gift of batting. No cricketer has ever had to cope with the attention and pressure he has, and the fact that he has dealt with such intrusion, adoration and expectation and still managed to remain humble and human is as great a feat as compiling the hundreds he has.”

Talking about Tendulkar’s stature, Fraser said, “It is hard to imagine how the cricket crazy Indian public will cope with his retirement. It will be like a monarch passing away.”

“If Tendulkar were to go too it would leave a huge void for India to fill. The departure of (Rahul) Dravid, if anything, has placed greater pressure on Tendulkar to carry on and I believe he will,” he said. (PTI)

Greg Chappell hails Sachin Tendulkar as the Picasso of cricket