Michael Clarke, who led Australia to a 125-run victory over Sri Lanka in his first Test as captain at Galle, revealed that it was 'very special win. 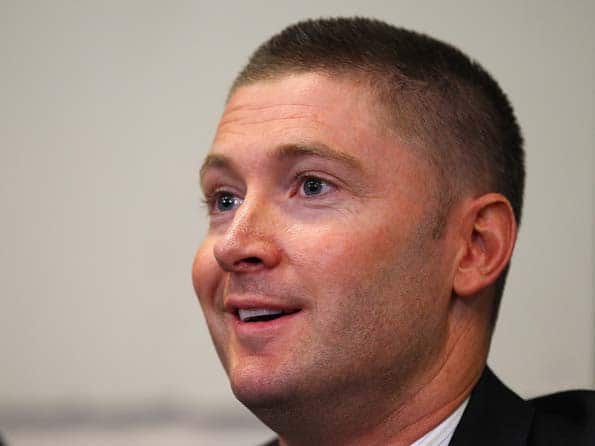 Michale Clarke said the way bowlers bowled in the first innings, that set the game for Australia Getty Images

Michael Clarke, who led Australia to a 125-run victory over Sri Lanka in his first Test as captain at Galle, revealed that it was a ‘very special win.

Australia bowled out Sri Lanka for 253 in their second innings within four days.

“Very special to be honest,” Clarke said on the victory.

“I was a little nervous this morning when that big black cloud came over the field, fortunately we had some wind to blow it away.

“Look, I’m just really stoked about the way we went about our work over the four days.

“I think we played really well on a pretty tough wicket. You speak to all the batters and that’s definitely one of the toughest wickets I’ve had to bat one.

“And that’s on day one. Day one it felt like day five of a Test match. So to scratch out 270-odd in the first innings was crucial.

“We probably thought that was a pretty good score, just above par. You always want more, but we were pretty happy with that.

“And then to bowl the way we did in the first inning obviously set the game up,” Clarke concluded

England have the players to win the 2015 World Cup: Vaughan