England's new coach is expected to have insights on a number of Australian players.

London: Australia’s veteran all-rounder Shane Watson believes that England may hold an ‘edge’ over their traditional rivals due to the influence of coach Trevor Bayliss in the Ashes series. Bayliss will become the first Australian to coach England and his first assignment will be to guide the Alastair Cook-led team in the Ashes, which starts in Cardiff on 8 July. READ: Shane Watson hits back at Mark Wood’s bouncer taunt

Watson said that Bayliss knows Australian players very well, adding that the England’s new coach would try to expose Clarke’s side, the BBC reported. However, the all-rounder insisted that his side would be very hard to beat if they are at their best. The Michael Clarke-led team, who claimed a 5-0 whitewashed on home soil last series, will seek to end a streak of three straight away Ashes series reverses on this tour. 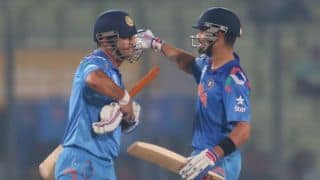