Jonny Bairstow allegedly headbutted Cameron Bancroft while England were having their warm-up session in Perth, a couple of weeks ago.

As the battle for the 2017-18 Ashes intensifies, England have been rocked with another controversy following the ongoing infamous Ben Stokes street brawl incident in Bristol in October. It has been alleged by Fox Sports News that Jonny Bairstow headbutted Cameron Bancroft while England were having their warm-up session in Perth, a couple of weeks ago. The England and Wales Cricket Board (ECB) have confirmed that they have been alerted regarding the incident and would investigate further on the issue while they seek to interrogate Bairstow. The alleged incident happened at The Avenue bar, while the English players accidentally met the Western Australian players. Bairstow indeed had a contact with Bancroft’s head, while he immediately apologised to him following the incident. FULL CRICKET SCORECARD: India vs Sri Lanka 2017-18, 2nd Test at Nagpur

“At close of play in Brisbane today, we were made aware of allegations of an incident in Perth four weeks ago. There has been no report of any incident from the venue, security or police and there was no injury reported. Following an initial conversation with Jonny Bairstow tonight we understand the context and will follow up with England players and management after the Brisbane Test,” said an ECB official, as reported by ESPNCricinfo. The Ashes 2017-18: Ali says England will have to score big hundreds

“The players sat down and had a chat. They are the ones who have come up with this. There are no set curfews, they are just sensible rulings. To me, it’s what we should have been sticking to anyway as players or people around a professional set-up. Not drinking between matches is just sensible. We certainly don’t want to keep players in their rooms because it is a long tour. You have to get out and experience what the country you’re touring has to offer. It’s about picking the right time to have a couple of drinks, but knowing to stay away from it if you’re preparing for a match,” said England coach Trevor Bayliss. 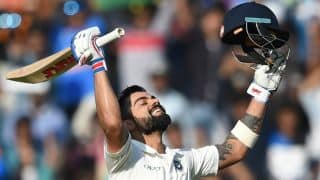 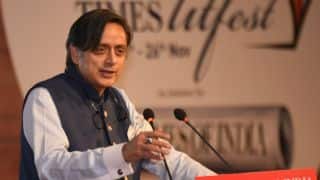