The Indian captain Virat Kohli has stated that there will be no pressure in the upcoming World Test Championship final against New Zealand and they will enjoy the big match. Kohli says that he is committed to taking Indian cricket forward and he wants to give his best in doing the same.

Kohli has been instrumental in taking India’s Test team to new heights and the young players have also grabbed their opportunities under his tutelage. India had won 12 matches out of the 17 they played in the World Test Championship cycle and they had finished at the numero uno position in the points table.

“For me, this isn’t a challenge. For the team, it has been quite a challenging time. This is the time to enjoy all the hard work that we have done as a team for the past 5-6 years. So how we look at things is a lot different from how people view them. If we begin to think like other people then it will really be difficult for us to perform,” Virat Kohli asserted.

“The responsibility as a captain that has been given to me is not something that puts me under pressure. I am just committed to taking Indian cricket forward until the time I am playing this game. As long as we are helping each other out, there will never be any added pressure and we will enjoy the WTC final,” Virat Kohli said.

Meanwhile, India will reach England on June 3 as Virat Kohli spoke to the press before leaving for the tour. The Indian team will be allowed to train from June 13 as they will need to undergo another quarantine in England. Thus, they might lack practice but Kohli insisted that he has no issues even with four practice sessions. 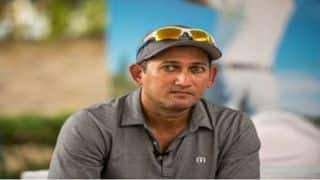