Chepauk Super Gillies are winners of the Tamil Nadu Premier League 2019 (TNPL) after beating Dindigul Dragons by 12 runs in the final in Chennai on Thursday, thus claiming their second title after 2017.

Leading the way for victory was fast bowler Ganeshan Periyasamy who claimed 5/15 to turn the match around for Super Gillies.

Defending a total of 128/8, Super Gillies bowled and fielded tigerishly to keep Dindigul to 114/9 in 20 overs. This made it two consecutive defeats in the TNPL final for Dindigul.

Periyasamy claimed two wickets to dismiss Dindigul’s’ best batsman and captain Narayan Jagadeesan and NS Chaturvedi, without conceding a run. His first spell read 2-1-7-2 as Dindigul ended the Powerplay on 19/3, which is the lowest by any team in the TNPL. The previous lowest was their own 20/4 against Lyca Kovai Kings earlier in the season.

Called back to bowl the last over of the match, from which Dragons needed 15 runs with four wickets in hand, Periyasamy took three wickets for three runs to cap his maiden five-wicket haul in the tournament.

Before Periyasamy was called back to bowl his second spell of 2-0-8-3 that snuffed out Dragons’ chances, left-arm spinner Ramadoss Alexandar (2/24) had ended a strong challenge. Rajendran Vivek and Sumant Jain put on 38 in 25 balls to bring the equation down to 37 from 24 balls, but Alexandar forced an edge off Vivek off the second ball of the 17th over and in his next over had Jain slogging to long-on.

With two new batsman in the middle, Dindigul struggled to counter Periyasamy.

Earlier, Uthirasamy Sasidev propped up Super Gillies after they had lost half the side by the 11th over with just 55 runs on the board. The 26-year-old left-hander’s 33-ball 44 and his 61-run partnership off 48 balls with Murugan Ashwin for the sixth wicket proved vital. Super Gillies scored 49 runs in the last five overs. 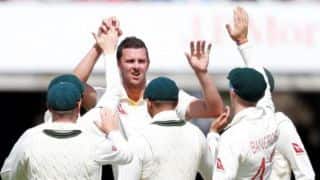 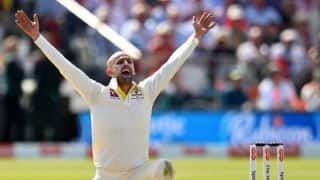