Tom Latham and Kane Williamson have already stitched a 50-plus partnership.

Batting first in this second Test, New Zealand have scored 86 for the loss of one wicket in the first session of Day One at Port of Spain. After winning the first Test at Kingston, New Zealand are high on confidence and will be looking to wrap up the series by the winning the ongoing second Test at Port of Spain. On a spongy wicket, the visitors won the toss and elected to bat first. But they didn’t get off to the best of starts, as their search for Tom Latham‘s opening partner continues.

Hamish Rutherford managed just three runs during his 22-ball stay, and looked rather uncomfortable before Jerome Taylor got him to edge one to Chris Gayle at first slip. But since then, new man Kane Williamson and Latham have hardly been bothered by the any of the Windies bowlers.

Latham, in particular, has looked quite positive so far. He has hit a few streaky fours past the slips, but seems to have the intent to play his strokes and not get into a shell. The West Indies pacers too have maintained a good line outside the off-stump which have invited the edges off Latham, but all of them have fallen short of the slips so far. Suliamen Benn’s spin has seemed harmless so far.

Latham has smoothly jogged along to another fifty in his debut series now. It’s been a good innings so far, laced with a few glorious boundaries on the leg side and down the ground. He seems to have carried on his form from the last Test. Meanwhile, Shannon Gabriel has looked really wayward so far for the West Indies. He has strayed in both line and length. This pitch seems to have nothing for the bowlers so far. Could be another long day in the sun for the home team. 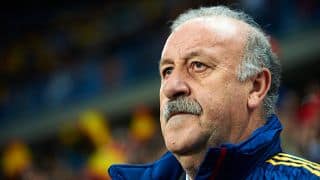 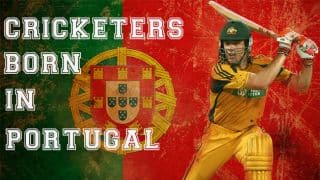