Sachin Tendulkar is the highest run-scorer between India and South Africa in Tests. He has 1,741 runs at 42.4 in 25 Tests. Jacques Kallis scored a mere 7 runs less in as many lesser Tests than Tendulkar and that too at a staggering average of 69.3.

Virender Sehwag is the only batsman to have smashed a triple-hundred. He is also the only Indian player who averages over 50 against South Africa (with a cap of at least 10 Tests). From the South African camp, Hashim Amla’s 253* is the highest. His knock, however, came in a winning cause. Sehwag had plundered 319 runs on Chennai’s featherbed.

Let’s walk through the top five batting performances between India and South Africa in Tests.

India elected to bat on a track that had a thick layer of grass sitting on it. After Makhaya Ntini had Wasim Jaffer caught in the slips, the next four wickets Sehwag, Rahul Dravid, VVS Laxman, Sourav Ganguly were all bowled. The destroyer-in-chief was Dale Steyn. His 5 for 23 skittled out India for 76 in 20 overs.

It was not even lunch and South Africa came to bat. Openers Smith and Neil McKenzie had no difficulty batting on a grass-heavy pitch: they added 78 runs together. India, however, staged a comeback. After S Sreesanth removed Smith, Harbhajan sent McKenzie, Amla, and Ashwell Prince packing in quick succession. From 78 for 0, South Africa were curtailed to 117 for 4.

In came ABD, joining Kallis in resurgence. The grass dried and as did India’s vigour as the match progressed. They weaved a 256-run stand.

Sreesanth knocked over Kallis with an absolute peace of a delivery, but ADB continued. He remained unbeaten on 217 off 333 balls as South Africa declared at 494 for 7.

India lost the Test by an innings and 90 runs.

It was an another Steyn-remover contest, but before he took 7 for 51, Amla had played a monumental innings.

Zaheer Khan castled Graeme Smith with an in-dipper, one of the most easiest dismissals to imagine. He had already wrapped up Prince in his previous over. South Africa were staring down the barrel at 6 for 2.

Kallis walked in to yet again rescue South Africa. With him was Amla, the monk.

Little did India know that they next wicket would fall after 340 runs. Kallis perished for 173, and Amla continued irking the Indians. South Africa declared at 558 for 6.

India lost 5 wickets for 58 runs after South Africa posted 529 for 7 declared in the first innings. Barring Ganguly, all batsmen had been dismissed in single figures.

How do Tendulkar and Azharuddin lift India from ruins?

Tendulkar’s master class blended with Azharuddin’s panache and belligerence. South Africa had to run Azharuddin out to end the spectacle. He went for 115 off 110. Despite India losing the match by a whopping 282 runs, the match is remembered for Tendulkar and Azharuddin’s magnificent show of character.

India’s first five batsmen had scored 25 runs between them when Kapil took the crease. The batsmen after him scored 53 runs between them. Sandwiched between these failure was Kapil’s prodigious 129 off 180. Donald, who had feasted on six Indians already, was taken to the cleaners. All the same, he ended Kapil’s extravagance to finish with 7 for 84.

India, of course, lost by 9 wickets.

15 years later Kirsten would coach India to a World Cup glory. A gentleman by nature, the former India coach liked toying with the Indian bowlers during his playing days.

You may pit this performance with Ajinkya Rahane’s twin hundreds at Delhi, but Kirsten’s innings had come on a foreign land. 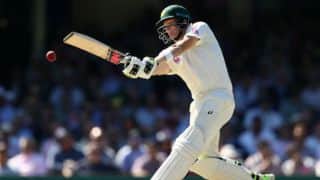 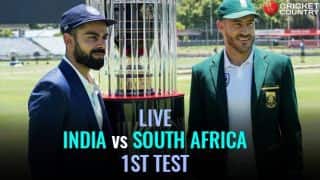