The 23-year-old Hamza averages 48.95 in first-class cricket with 3574 runs in 51 matches so far. However, the Cape Town-born batsman hasn’t been in the best of forms during the ongoing domestic season, averaging just over 31.

He was part of South Africa A’s squad which toured India for two unofficial Tests earlier this year. Against India A, he averaged 52, scoring 156 runs in three innings.

“Zubayr has been one of the standout cricketers in domestic cricket over the past year and carried that form into the South Africa A tour to India where he averaged over 50 in the four-day series against tough opposition and under tough conditions,” Cricket South Africa national selection panel (NSP) convener Linda Zondi said in a media released on Thursday.

“Before that, he had an outstanding season in the four-day franchise competition where he scored 823 runs, including three centuries, at the impressive average of 69.

“His selection is part of our vision for the future as we start to feed new players into the system. It is inevitable that some of our senior players will start thinking of retiring in years to come and it is vital that we have a good succession plan in place.”

South Africa have also recalled right-arm pacer Duanne Olivier as a replacement for the injured Lungi Ngidi who will miss the entire Pakistan tour. Dale Steyn, who made a succesful return to international cricket recently, has is also back and will be eyeing the one wicket he needs to become the most prolific Test bowler for South Africa. 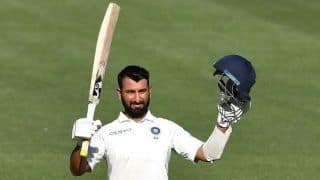 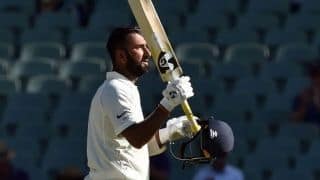