South Africa cricketer Vernon Philander has said the news of teammate AB de Villiers calling it quits from international cricket came as a surprise to him.

South Africa cricketer Vernon Philander has said the news of teammate AB de Villiers calling it quits from international cricket came as a surprise to him.

De Villiers announced in May he was retiring from international cricket and later went on to say he had no regret in making that decision. De Villiers made his Test debut in 2004 against England and went on to clock 114 Tests, scored 8765 runs with 22 centuries and 45 fifties. He played 218 ODIs and scored 9577 runs with 25 hundreds and 53 half-centuries. He averaged over 50 in both the formats.

“I was a bit surprised to be honest with you, but AB had played a lot of cricket,” Philander was quoted as saying by Sport24. “Myself and AB came a long way together – we were teammates for the South African under-19 side in 2003 and have a strong bond.”

Philander revealed that De Villiers had already spoken to him about contemplating retirement during the Australia series earlier this year to be with his young family.

“He spoke to me during the Australia series and he said he has a young family and was considering calling it quits [for South Africa]. With the amount of cricket he was playing and all the pressure on him, I think he just thought the time was right to call it a day internationally, with all upcoming fixtures for South Africa. He probably got to a stage where it was either going to be family or cricket, and he chose the former,” Philander said.

The 33-year-old said De Villiers gave everything he could to South Africa and he deserved to sign off on his own terms. “You have got to give it to the guy – he served his country with immense pride and you couldn t ask anything more of him. There is a time in all of our careers when enough is enough,” he said. 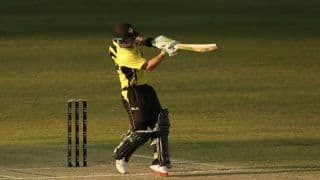