“Deeply saddened to learn about the demise of well-known cricketer and all-rounder Bapu Nadkarni. He will be best remembered for bowling 21 consecutive maiden overs against England in a Test match in Chennai. My condolences to bereaved family members,” the Vice President’s Secretariat tweeted quoting Naidu.

Nadkarni, who made his international debut in December 1955, featured in 41 Tests. He accumulated 1414 runs while batting at an average of 25.70. It was his clinical economy with the ball that earned him several plaudits. In the 41 Tests, the slow-left arm orthodox bowler went on to scalp 88 wickets with 6/43 being his best bowling figures.

The Nashik-born Nadkarni made his Test debut against New Zealand in Delhi in 1955 and played his last Test at Auckland against the same opponents in 1968 under MAK Pataudi’s captaincy. However, he rose to frame after he bowled 21 successive maidens. His figures in that Madras (now Chennai) test read 32-27-5-0. 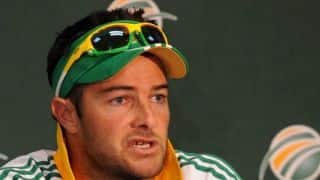