Highlights of the Afghanistan Premier League final in which Balkh Legends beat Kabul Zwanan by four wickets in Sharjah.

Video highlights from the final the inaugural Afghanistan Premier League (APL) T20 on Monday, where Balkh Legends were crowned winners after beating Kabul Zwanan by four wickets at the Sharjah Cricket Stadium.

Leading the way for Legends were Qais Ahmad with 5/18 from four overs to keep Kabul to 132/9, after which Chris Gayle smacked 56 off 34 balls and Ravi Bopara made an unbeaten 32 off 29 to finish the match and give Legends the trophy. 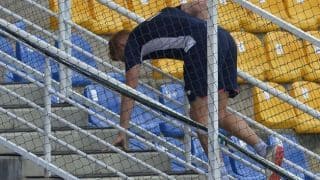