In a must-watch video for the fans of Indian Test cricket team captain Virat Kohli, a few fans are seen praising as well as criticising.

In a must-watch video for the fans of Indian Test cricket team captain Virat Kohli, a few fans are seen praising as well as criticising the cricketer. Kohli was present at the studio of Hotstar, where about five Indian cricket fans were expressing their views on the team as well as on the new captain. The Indian captain sat in the studio as these fans openly went on discussion about the positives and the negatives of his team, his game, as well as the famous topic of ‘aggression’, which has invited interesting comments from former cricketers as well as cricket experts. For those uninitiated, the Indian cricket team will be seen in action only in October, when they will take on South Africa in the first of the three-match Twenty20 International series.  WATCH VIDEO: Virat Kohli stumps fans with a surprise visit during their interview!

And those who are fans of Kohli the captain, they will have to wait for about more than one-and-a-half-months. The Test series against the mighty South Africa begins on November 5. India and South Africa will be playing in a four-match Test series after their five-match One-Day International (ODI) and T20 series. MUST READ: Virat Kohli might replace MS Dhoni as Indian ODI captain against South Africa in October

Kohli took over as the full-time captain of the Indian Test side when Mahendra Singh Dhoni retired after the third Border-Gavaskar Trophy 2014-15 Test in Melbourne, and since then has made giant strides to change the face of Indian cricket. Under the leadership of Kohli, the Indian cricket team was able to end the misery in Sri Lanka after 22 long years, as they emerged victorious in a three-Test series. The win was even more special for Kohli and his young team because the team came from behind and defeated the Sri Lankans.

India were humiliated in the first Test even though they dominated for majority of the match. The loss did not hamper the Indian cricket team’s spirit as they bounced back in an emphatic manner and won the remaining two Tests. 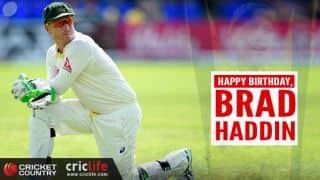