South Africa were anyways well placed and then in the 39th over, AB arrived and there began the carnage.

When the South African One-Day International (ODI) and Test captain AB de Villiers comes out to bat, the opposition bowlers are left wondering where to bowl to him. Fondly known as the ‘Superman’ or ‘360 degrees’ player by his fans for his extraordinary batting skills and wide range of strokes, de Villiers broke the record of fastest hundred exactly a year ago.

South Africans were already well on course of a huge score, with Hashim Amla and Rilee Rossouw smacking hundreds enroute a record-partnership of 247 for the first wicket. Their union was broken in the 39th over of the innings and with only 69 balls remaining in the innings, no one could have imagined even in their dreams of what was to happen in some time.

De Villiers arrived, and there began the carnage. He started hitting from the word go and within no time, brought in his fifty of just 9 balls (a new record). More mayhem followed, as the assault only went from attacking to brutal and soon he etched his name in the history forever by plundering a record 31-ball hundred.

South Africa eventually scored 439, behind only Sri Lanka’s 443 against the Netherlands at Amstelveen in 2006, and one ahead of the South African record, scored at the same venue in 2006, when they overhauled Australia’s 434. In reply, all West Indies could manage was 291, thus losing the match by 148 runs. Expectedly, de Villiers was declared the Man-of-the-Match.

You can’t miss the video: 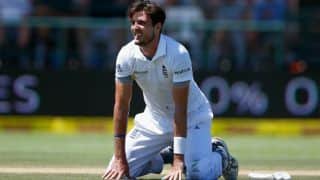