Anuj Rawat, Dhruv Shorey and Nitish Rana hit impressive half centuries to guide Delhi to 63-run victory over Odisha in an Elite Group B match of the Vijay Hazare Trophy 2019-20 on Thursday.

Put into bat, Delhi posted a respectable 299/6 on the board riding on useful contributions from their front-line batsmen.

Rawat,who top scored for Delhi, hit four boundaries and three sixes in a 88-ball 69 knock. He stitched a 94-run partnership with skipper Shorey (51).

Shorey’s innings was laced with four boundaries and two sixes. However, he was unfortunate to be dismissed because of a hit wicket of a Pappu Roy delivery.

Nitish Rana (56) and Lalit Yadav (46 not out) looked in explosive form. The duo together hit a flurry of boundaries and sixes to set Odisha a 300-run target.

For Odisha, pacer Suryakant Pradhan (3/73) was the pick of the bowlers while spinner Pappu Yadav picked up two wickets for 27 runs.

Skipper Subhranshu Senapati led the fightback for Odisha with a 77 runs innings but the Delhi bowlers struck at regular intervals and none of the Odisha batsmen were able to covert their starts into a meaningful innings.

In the end the 300-run target seemed a difficult task with Delhi restricting Odisha to 236 for eight in 50 overs.

In the other Group B match, former India allrounder Yusuf Pathan scored a brilliant 83 before taking three wickets to hand Baroda their first win of the tournament. The Deepak Hooda-led side registered a 25-run victory against Maharashtra.

Meanwhile, Himachal Pradesh put up a comprehensive effort to thrash Haryana by 84-runs. 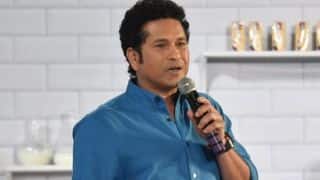 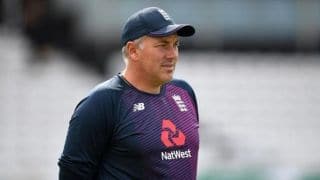