Vinay Kumar takes his 100th wicket in the IPL playing against Delhi Daredevils at Vishakhapatnam. He thrashed Mayank Agarwal’s stumps in the second war to give his team the breakthrough they wanted in the initial overs of powerplay. Once again he did just what he was expected by his team picking up crucial wicket in his first over putting visitors Delhi Daredevils under pressure straight away. Vinay Kumar was picked up in the auction by Royal Challengers Bangalore and then joined Kochi Tuskers in 2011. He was brought back into the RCB side in 2012 and also in 2014. Afterwards he was traded with his current Mumbai Indians in 2015 IPL season when Mumbai Indians won the title. FULL CRICKET SCORECARD: Mumbai Indians vs Delhi Daredevils, IPL 2016, Match 47 at Visakhapatnam

Vinay Kumar had his best season playing for Royal Challengers Bangalore picking up 23 wickets in 2013 season. His best seasons from 2010 to 2013 where he picked up wickets in the tournament. After these seasons he was underused and became an underrated bowler due to lack of pace and accuracy. Apart from picking up wickets he has been expensive and that has cost him a regular place in the playing eleven. 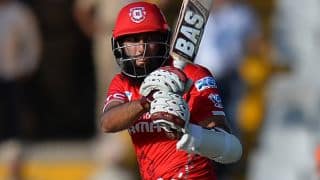 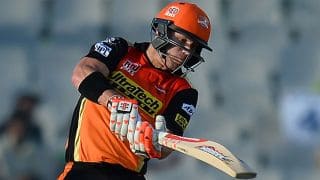