Virat Kohli has been rested for the limited-overs series against Zimbabwe.

Indian Test skipper Virat Kohli has apparently purchased a spacious flat in Worli area of Mumbai, according to reports. Kohli has invested in Omkar Realtors & Developers for a flat costing Rs. 34 crores.  The flat is said to be in the 34th floor and is 7,171 square feet and in Tower C, where teammate Yuvraj Singh also has a flat on the 29th floor, which he bought in 2014. In 2015, Kohli and Anushka Sharma were seen at Omkar’s Worli site to have a look at the flats. The apartment is part of “Sky Bunglows” and comprises of three towers. READ: Dinesh Karthik ‘blown away’ by Virat Kohli’s growth

“While the talks for buying the apartment have been going on for the last few months, the transaction has been concluded recently. While the apartment will be bare-shell, it can be customised into a lavish five-bedroom house,” a source told Economic Times. READ: Richard Hadlee: Virat Kohli is world class and phenomenal player

According to the developer’s website, “each sky bungalow has a sprawling living room with both dining and seating areas, minimalistic bedrooms with spa-like bathrooms, kid’s room, gym area, cigar room, kitchen and a servant’s room along with a separate kitchen”. READ: Virat Kohli best batsman in world: Mohammad Aamer

Virat Kohli is currently in the form of his life, notching up close to 1,000 runs in the recently-concluded Indian Premier League (IPL) for Royal Challengers Bangalore (RCB). Kohli has been rested for the limited-overs series against Zimbabwe, but will be back to lead Team Indian in the four-Test series against West Indies in the Caribbean in July. Kohi has won the previous two Test series and will be looking to carrying on his good form against the West Indies as well. 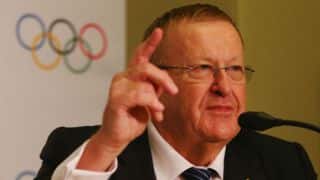