Judging by the rate with which Virat Kohli is continuing to break records, Farokh Engineer reckons that the India captain can surpass batting legends Sachin Tendulkar and Sunil Gavaskar.

Judging by the rate with which Virat Kohli is continuing to break records, Farokh Engineer reckons that the India captain can surpass batting legends Sachin Tendulkar and Sunil Gavaskar.

“I see him [Kohli] going all the way,” Engineer was quoted as saying by PTI on Wednesday. “I see him [as] one of the greatest batsmen India has produced. In every generation, there is someone. There was a [Sachin] Tendulkar or a [Sunil] Gavaskar. And this is Kohli’s era. And he [Kohli] has all the potential to be the greatest. He has got the potential to be greater than Sachin and Sunil.”

However, he cautioned against labelling him as the ‘greatest’ right now, saying he still has a lot left to achieve. “But lets not call him now, let him get to that milestone, break those records and then we will call him that,” he said.

Kohli’s last tour of England was forgettable as he managed 135 runs across 10 innings in 2014. England was a sore thumb in his illustrious career. On the ongoing tour, he has cemented his legacy with 440 runs already in the ongoing five-match Test series.

“Look at Virat Kohli. He had a miserable tour of England last time he played there (in 2014). And his confidence was really low. But Virat is such a fighter and he said to himself – I am the finest batsman in the world and let me prove it. Not only on Indian or Caribbean wickets, I am going to get runs in England too.

“And my word, he has batted so well. And he set a great standard for the team, (saying) ‘if I can do it, you all can do it,” added the Mumbai-based former cricketer. Kohli has, thus far, won the personal battle against English pacer James Anderson, who had troubled him in 2014. Engineer said he was impressed with how Kohli has played against Anderson,” Engineer, who played 46 Tests for India between 1961 and 1975, said.

He was impressed with the way India came back in the third Test which allowed them to keep the series alive with a huge 203-run win. “It has impressed me immensely, because the way Virat has converted those unplayable balls into playable ones. The way our boys played at Trent Bridge, I am proud of them and Virat Kohli set a wonderful example there,” he said. 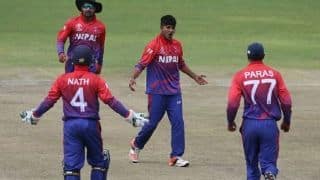