At 94/2 in 13 overs, when KL Rahul's struggle ended at 36 off 39 balls, Suryakumar walked in and completely changed the complexion of India's innings against Hong Kong.

New Delhi: Suryakumar Yadav’s sublime hitting in the last seven overs sealed India’s Super Four spot in Asia Cup 2022 with a 40-run win over Hong Kong in a Group A match at the Dubai International Stadium on Wednesday. The Indian batter scored a total of 68 runs (not out) off 26 balls.

At 94/2 in 13 overs, when KL Rahul’s struggle ended at 36 off 39 balls, Suryakumar walked in and completely changed the complexion of India’s innings. With his drives, slashes, scoops and sweeps apart from audacious wrist play sending the ball all over the park, he remained unbeaten on 68 off 26 balls, hitting six fours and as many sixes. 60 of his 68 runs came off boundaries, scored at a strike rate of 261.53.

His belligerent stroke-play made other batters in the Indian side look as if they were batting on a very different pitch. While Suryakumar hit 12 boundaries in his 26-ball knock, all other Indian batters managed to hit nine boundaries collectively in 96 balls. He also shared a 98-run stand off just 42 balls with Virat Kohli, who made 59 in 44 balls, hitting four and three sixes in his 31st T20I fifty.

In the final over of the Indian innings, Suryakumar Yadav hit three sixes but missed the fourth ball and a chance to become the second Indian batter after Yuvraj Singh to hit six sixes in international cricket.

After the match, the Indian batter talked to Virat Kohli about the record and shared some laughs with the former Indian captain. Kohli asked Suryakumar Yadav whether he targeted six sixes in the final over.

Suryakumar Yadav replied, “I was trying my best. But, let’s not get past Yuvi paa.” Kohli also applauded the feat achieved by Yuvraj Singh and remarked, “That was a magical over, especially against Broad. That was stunning.”

India will the super four match in the Asia Cup 2022 on Sunday. 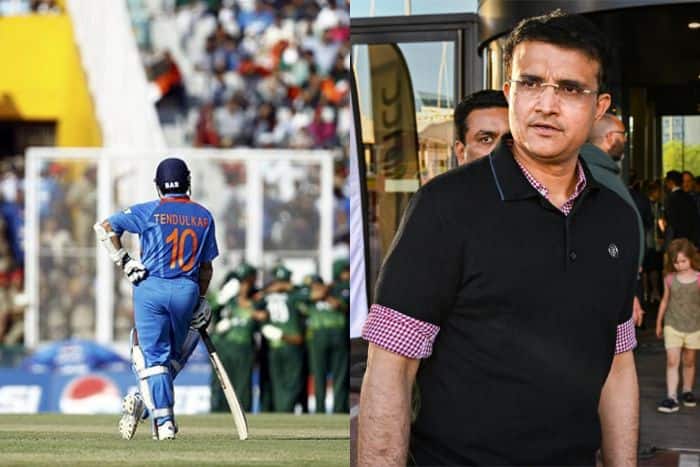