Virat Kohli has overtaken Dhoni as the most popular Indian player on the internet.

A study by search engine Google showed that Dhoni’s last minute withdrawal from the Asia Cup 2014 and Kohli’s century as a captain has impacted the ranking of these two cricketers on Google Search Trends.

While Kohli ended 2013 with more endorsements than Dhoni, a search trend analysis over the past 30 days revealed how online search on Kohli is on the rise leaving the popular Dhoni at second spot.

“A celebrity love-story-in-the-making linking actor Anushka Sharma’s alleged visit to New Zealand last month [in February] to be with Virat Kohli sparked huge speculation about their alleged relationship which has also fuelled search spikes on Google,” Google said in a statement.

The study by Google also said that after fetching a record price in the Indian Premier League (IPL), Yuvraj Singh now features in third place on Google Search Trends.

“However these icons pale in comparison when compared with Sachin Tendulkar, who despite having retired from international cricket continues to rule the roost on Google Search Trends as the undisputed number one 1 cricketing icon,” the statement said.

Also coming back from the cold, Virender Sehwag and Suresh Raina are seeing significant traction on Google search placing them at fourth and fifth place, respectively. 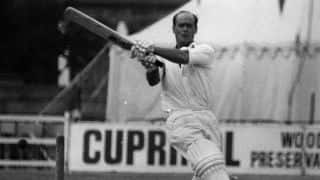