Kohli has extended his tally of victories to 23 as captain after India bagged the first Test against West Indies at Rajkot.

If leading from the front is the thumb rule of captaincy, then Virat Kohli has patronised it to the t. Kohli, who became the second-most successful Indian Test captain of all time after one victory under his belt in England this year, now extended his tally of victories to 23 after India bagged the first Test against West Indies at Rajkot.

In the ongoing second Test at the at the Rajiv Gandhi Stadium, Uppal, Hyderabad, Kohli scored 45 in the first innings and surpassed former Pakistan captain Misbah ul Haq to become the Asian player with most runs as captain. Misbah, who captained Pakistan in 56 matches scored 4214 at 51.39. Kohli, sits at 4233 runs in 42 matches at 65.12.

However, former India batsman Gundappa Viswanath believes Kohli is still yet to prove himself as captain.

He [Kohli] is doing really well, but he is yet to prove that he s the best. He has to win a series abroad. He has come closer, a couple of times, but still he hasn t done yet, Viswanath was quoted as saying in a report in Deccan Chronicle.

As a batsman, he has proved in all conditions. In the recent England tour, he showed us how good can he be. There are more expectations from Kohli the captain. He is still young as a leader. But I am confident he will reach that stage one day. 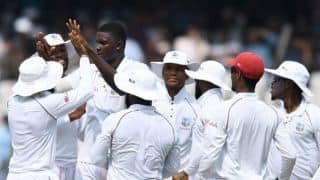