Virat Kohli has been fined 25 percent of the match fee for his behaviour was found to be "contrary to the spirit of the game".

Virat Kohli has been fined 25 percent of the match fee as his behaviour was found to be “contrary to the spirit of the game”. Kohli even earned one demerit point for offending the level 1 breach of the ICC Code of Conduct.

Kohli was seen throwing the ball on the pitch in frustration on Day Three. During the 25th over he was also continuously complaining the umpires regarding the condition of the ball. This behaviour forced the on field umpires Gough and Paul Reiffel along with, third umpire and fourth umpire to bring the charges.

An ICC statement quoted Monday s incident happened in the 25th over of South Africa s second innings when Kohli continued to complain to umpire Michael Gough about the ball being affected by a damp outfield following a rain delay, before throwing the ball into the ground in an aggressive manner. 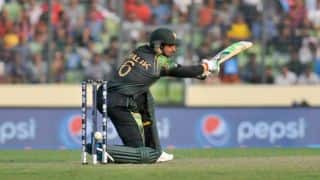 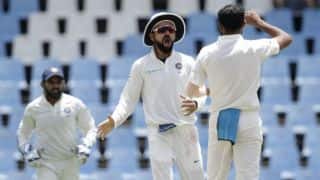