DU Plessis defends side's performance after losing in the semi-final.

South African captain Faf du Plessis lavished praise on Virat Kohli, stating that the talented right-hander was “too good” for his side, which failed to do “small things correctly” in its ICC World T20 semifinal against India on Friday night.

“He (Virat) was fantastic. We all know how good Virat is and he was the real danger. He paced his innings well and played some good shots. He was too good for us,” Du Plessis said after his team’s six-wicket defeat to India.

The skipper was miffed with the manner his bowlers gave away nine extra deliveries during the innings.

“If you look at it like this — we did not do the small things correctly which put us on the backfoot. We bowled nine extra deliveries. It’s not only about the extra deliveries we bowled but also about the amount of runs scored from those deliveries. We were a little bit indisciplined today.”

Du Plessis defended premier speedster Dale Steyn’s indifferent performance. “Dale is also human. It’s hard to expect that he would win us matches everyday. He did not bowl badly today but the Indian batsmen were upto the task.”

The skipper gave a nice reply when he was asked about whether he regrets giving Wayne Parnell the 17th over, which turned the match decisively in India’s favour. “You can look at it from both ways. You would have been asking me the same question had Parnell bowled the 18th over and got hit for runs!”

“We have to admit that their batsmen outskilled us today. We always knew that Dale had to bowl the 18th and the 20th over.”

The skipper showed his defiance and said that in this South African line-up, AB de Villiers will normally come in after 10 overs rather than at the No 3 position.

“Statistically we have seen that AB is at his best when he comes into bat after 10 overs in the innings. When he has come out to bat earlier, it has not been that good. And if you are saying that A B could have batted faster than JP and me, I don’t know,” he said.

Du Plessis, who made a fine 58 off 41 balls, said his bowlers conceded extras more than acceptable.

“I thought we could have been better with the ball. The extras we conceded. If you have to win the World Cup, you have to get those one per-centers right. Unfortunately tonight, you can expect about five wides under pressure, but nine is too much,” he said. 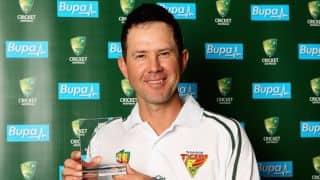 Virat Kohli: Singles as important as sixes in T20 cricket