Clive Lloyd has said that Virat Kohli would have made the cut for his all-conquering West Indies teams that he led to two world cup titles in 1975 and '79.

West Indies’ two-time world cup winning captain Clive Lloyd is the latest addition in the list of Virat Kohli admirers. Lloyd has said that Kohli would have made the cut for his all-conquering West Indies teams that he led to two world cup titles in 1975 and ’79.

Kohli recently became the top-ranked Test batsman and there was a period when he averaged in the 50s across formats simultaneously the only batsman to do so.

Another West Indian great Viv Richards has praised Kohli by declaring the Indian batsman reminds him of his own batting. In an interview to the Times of India Lloyd while saying he isn’t a fan of comparing generation but the India captain will surely made his team.

“That s Viv s (Richards) thoughts and I am not in favour of comparing generations,” Llyod said. “But there is no doubt about the fact that Kohli is an exceptional batsman. He is doing a few great things for his country and if you ask me whether he would have made my side, I would say yes. In fact, Kohli would make a number of great sides across generations.”

Kohli is currently leading India in England in a five-Test series. He scored a century and a fifty in the first India vs England Test at Edgbaston while others around him failed. India went on to lose that game by 31 runs.

Despite Kohli’s individual performance, questions have been raised about his leadership skills. Lloyd feels it’s too early to judge him on this quality. “I think Virat is still a work in progress and it will take us some time to take a final call on his captaincy. But yes, he has shown positive signs. Yes, he is aggressive, but as long as he doesn t cross the line, it s fine be me. Aggression, after all, is not a bad thing,” he said. 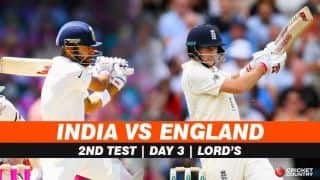 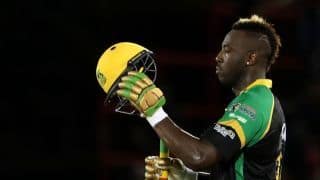