Cricket never ceases to interest Indians and they always like to spice up the game. The latest trend on Twitter is the discussion over Anushka Sharma staying in the same hotel as Virat Kohli. While a trivial issue was about to fade, it resurfaced soon after Kohli was bowled for a golden duck on Day Three of the second Test at Lord’s It was the first time Kohli was bowled by a pacer in Tests.

In a deviation from its norms, the Board of Control for Cricket in India (BCCI)  announced its decision keeping in mind the mental pressure that the cricketers are expected to go through on this grueling two and a half month-tour. The team management had allowed for the cricketers to take their wives along with them in the past. This time however, the authorities have allowed the players to bring their girlfriends along for the tour. Read more on Virat Kohli and Anushka Sharma

Behind every failed man (Virat Kohli) there is a successful woman (Anushka Sharma).

BCCI never allows girlfriends to travel with players. In the case of a super star BCCI made exception & see the result.

Anushka Sharma- U came early Virat Kohli- Yah, the match was horrible Anushka- No No, i was talking about yesterday !!

Sharapova: I know Anushka but who is Virat Kohli?

Heard Kohli got out first ball today.Too much of Sharma…I mean Anushka Sharma!

#BCCI should call back Anushka Sharma to India from London so that Virat Kohli can perform in the field too. #EngvInd 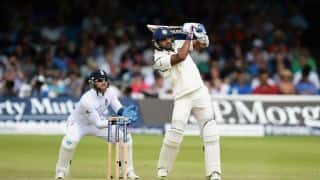 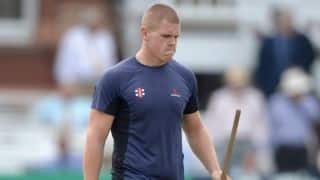