New Delhi: Virat Kohli‘s digital popularity continues to rise rapidly with his mobile game ‘Virat Cricket Challenge’ topping the charts on Google Play. “Yesterday google released the list of most searched sportsperson in 2015 and it was helmed by non-other than our current test team captain Virat Kohli. Today his digital popularity is risen into another level with #ViratCricketChallenge, the mobile game on Virat Kohli is topping the charts on Google Play,” read a press note from his management company. “The game developed and published by Nazara Games on December 14th is at the top of the charts on the Google Play Store within days of its launch. This is the fastest ever rise of an Indian game on the play store thus showing the popularity of Virat Kohli among fans and gamers,” it claimed. Sachin Tendulkar, MS Dhoni and Virat Kohli most searched sportsmen by Google in 2015

“This is also a new dawn for Indian Gaming where things have just started to take off. This is a rare instance of an Indian game topping the charts of Google Play leaving behind popular global games like Candy Crush, Temple Run, Clash of Clans, Subway Surfers etc,” the release added. Virat Kohli: I have evolved mentally as a batsman

Earlier, India’s Test skipper Virat Kohli stands out in the most searched sportsmen list on Google 2015 list ahead of Barcelona FC’s maestro Lionel Messi. Six Indians have topped the list released by Google on Wednesday. Our little master might have retired, but Sachin Tendulkar still dominates the search engines, so does our One-Day-International (ODI) skipper MS Dhoni. They are rank third and fourth respective and are ahead of the Real Madrid striker Cristiano Ronaldo. As for the most searched people list 2015 released by Google, the Indian sportsmen are missed out. Virat Kohli, Shikhar Dhawan sign PETA petition 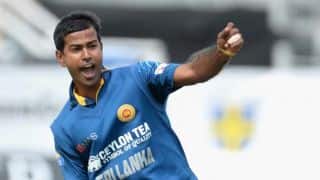