Virat Kohli led team India to victory in 2008 ICC U-19 World Cup. He surely knows the value of the tournament as it gave him a recognition at the world stage. He suggests the youngsters to “respect the opportunity” that they are getting.

It holds a very important place in my mind and heart

“The ICC U-19 World Cup was a very important milestone in my career. It helped us get a good platform to build on and make our careers from thereon, so it holds a very important place in my mind and heart. It s very important to understand and respect the opportunity it provides you,” Kohli said in an ICC media release.

He was someone who always stood out

“I remember playing against Kane. He was someone who always stood out in the team, his batting ability was very different from the other players who were around,” Kohli recollected.

“Steve (Smith) and I did not quite play against at the U-19 level, so I didn’t watch him bat, but he has come a long way in his career as well. It is good to know that so many people from that batch, not just three of us captaining our countries, but apart from that a lot of players have played for their respective countries.”

Kane Williamson believes that U-19 World Cup is a great opportunity for players as it is played after every two years. He adds up saying there is no guarantee to play at the top level in senior World Cup

You don’t get many opportunities to play World Cups

“It is a great stepping stone. Playing international cricket within your age group allows players to see slightly higher standards, the best of the best from the under-19 perspective, so (it is) a great tournament to be involved in,” Williamson said.

“You don’t get many opportunities to play World Cups, obviously at the top level it is once every four years, if you are fortunate enough to be involved. So the opportunity to play at the age-group level is a very exciting opportunity and one that should be enjoyed.”

Prithvi Shaw has been named captain of the India U-19 team, coached by Rahul Dravid; the tournament will start from January 13 in New Zealand. 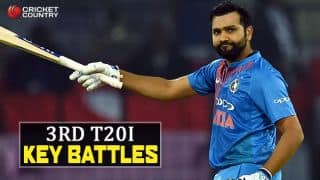 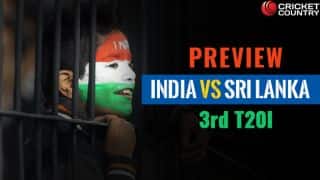